“This is the culmination of a multi-year effort by WIA working with the FCC to smooth the path for upgrading the nation’s wireless infrastructure through collocation. The 5G Upgrade Order comes at an ideal time as 5G deployments are accelerating. By improving the process for collocation, the FCC makes deploying 5G more efficient for communities across America. The FCC also teed up further action to expand compounds by 30 feet around existing towers, where upgrades are needed for public safety, generators, and mobile edge computing for 5G services,” said WIA President and CEO Jonathan Adelstein. “WIA is grateful for Commissioner Carr’s consistent leadership on these reforms and the strong support from Chairman Pai and Commissioner O’Rielly. We also thank the FCC staff for their diligent attention to WIA’s petitions. Today truly marks a victory for wireless consumers who are relying more than ever on connectivity.”

What is the 5G Upgrade Order?

Today’s vote has been the culmination of years of work led by WIA, the FCC, and Congress to update rules governing macro and other wireless infrastructure deployments. This is a big step that our country is taking to pave the way for 5G deployment when Americans rely on connectivity more than ever. The “5G Upgrade Order” makes key clarifications for wireless deployment.

It also asks for public comment on a rule change that will promote compound expansion and the deployment of advanced equipment like edge data centers.

“Today’s action will expedite equipment upgrades to deploy these next-generation networks, which are critical to expanding economic opportunities and supporting public health and safety in American communities,” the FCC said in an official statement.

So, what does this mean for infrastructure providers?

These clarifications allow for expedited infrastructure deployment in the following ways:

FCC Commissioner Brendan Carr has been leading the Commission’s efforts in working toward 5G upgrades. He announced at WIA’s Connect (X): All Access that the FCC would vote on this important Order. In a press release following the event, the Commissioner said, “America’s tower crews and telecom techs are building the strongest 5G network in the world. Their efforts already are creating new jobs and opportunities in towns across the country. By streamlining tower upgrades, we will encourage even more investment in our communities and new service to connect families.” He continued saying, “Rural America will benefit from new competition for their broadband dollars. First responders will benefit from dedicated networks and expanded capacity. And all Americans will benefit from world-leading wireless service as existing towers are upgraded to 5G.”

How long have we been waiting for this Order?

In 2012, Congress passed the SPECTRUM Act, which included provisions to promote collocation. Section 6409(a) of the Act promotes collocation and network upgrades by fast-tracking these nonsubstantial modifications to existing towers. More specifically, it requires local governments to approve modifications to wireless infrastructure that do not substantially change the size of the towers or base stations. Section 6409 was ground-breaking and has led to expedited and streamlined wireless infrastructure deployment.

In 2014, the FCC adopted rules unanimously on a bipartisan basis clarifying many of Section 6409(a)’s terms in an effort to advance Congress’s goal of facilitating rapid deployment of wireless networks, which helped the U.S. lead the world in 4G service rollout. Since that time, some of the rules have proved to be ambiguous and have led to disagreements. The 5G Upgrade Order clears up some of those discrepancies, so our members can upgrade networks more expeditiously.

“It’s also important that we act now because providing more broadband for more Americans has never been so important. It’s at the forefront of our minds during this coronavirus pandemic as kids learn from home, parents provide for their families away from the office, patients access critical care outside of the hospital and we all connect to one another at a distance. Making upgrades easier is at the heart of 6409 and this order. And it comes a time when we need as much capacity as we can get. So I’m glad that we move forward today with clarifications that will help tower crews connect even more communities. Our decision here is also the latest step in a series that the FCC has taken since 2017 to modernize our approach to 5G.”

“Many of the clarifications are straightforward and should reduce the burdens on locality staff reviewing applications. And these clarifications are needed to facilitate the expansion of 5G networks by wireless providers and help entities like first net to meet public safety obligations. I am pleased that my request is accepting to make this a proposal. Over the years, tower companies have repeatedly come to me and with challenges that faced when compound expansions are needed to accommodate equipment and there is a good foundation for such a change as the construction of replacement towers that do not expand a compound by more than 30 feet are excluded from historic preservation review under a nationwide programmatic agreement.”

“The pandemic has highlighted the need for all Americans to have broadband connectivity of all kinds as soon as possible. Telehealth, remote learning, telework, precision agriculture, all these things and more require broadband and it is an iron law you cannot have broadband without broadband infrastructure.”

You can read the FCC’s announcement here.

Thank you to our new, additional event sponsor, TXN Wireless, for supporting our free webinar series with @NewJerseyWA happening TOMORROW at 10 am. There is still time to register! https://bit.ly/njnyweb20 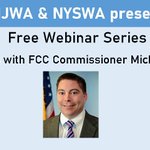 Two virtual public speaking events on the calendar for this full week: 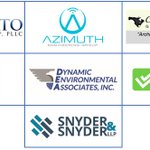 Share on FacebookShare on TwitterShare on Linked InShare by Email

Load more
Scroll back to top
Loading...
Share this ArticleLike this article? Email it to a friend!
Email sent!